Kanazawa City and the French Swimming Federation signed a convention! 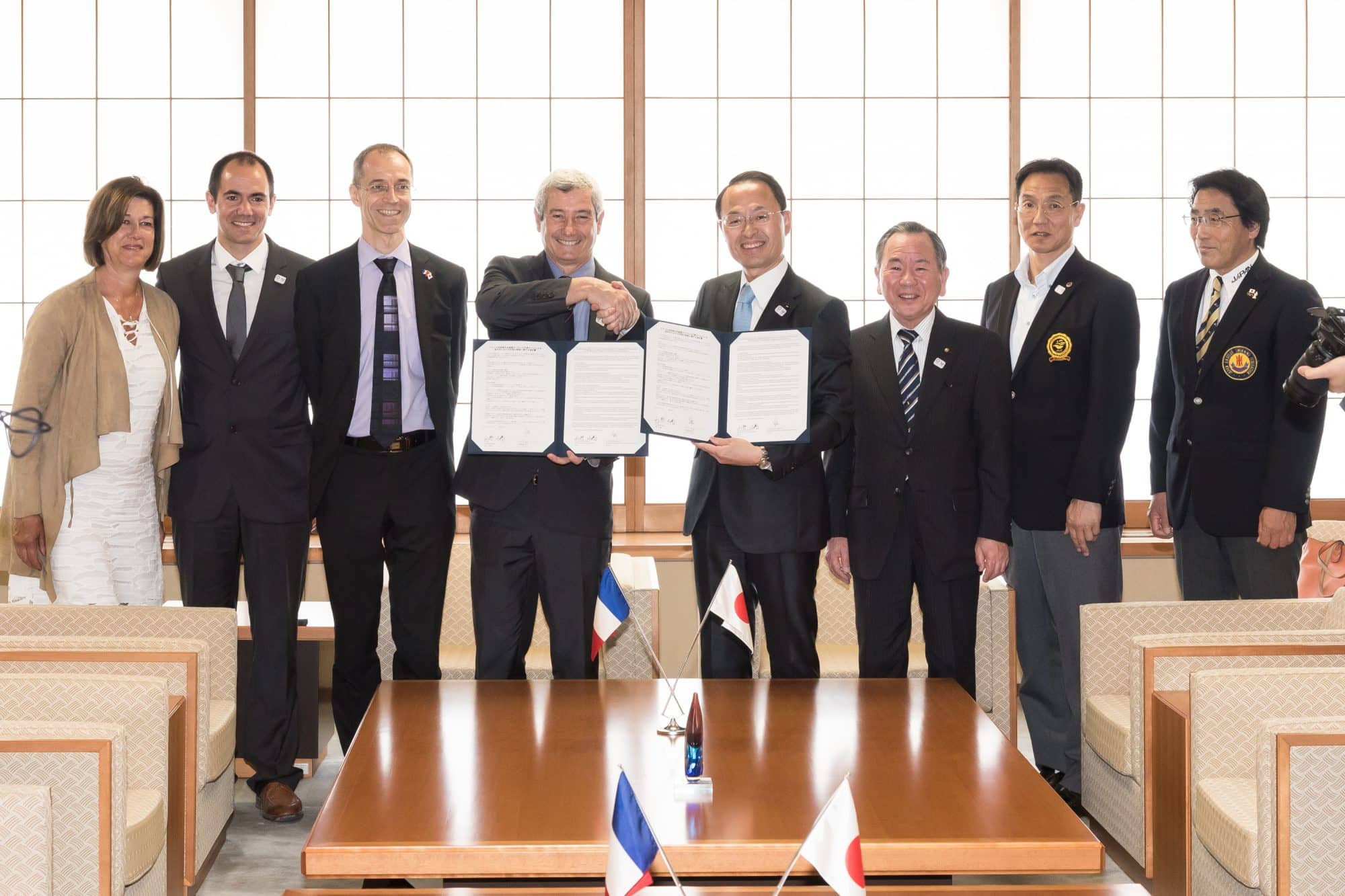 In the convention were included ; the training camps of young athletes until the Olympic Games are held, holding various human, economic, sports-related and cultural exchanges, and the keeping on of exchanges even after the Olympic training camps are finished.

President SEZIONALE visited Kanazawa Pool, and also went to visit the Municipal Industrial High school where he attended the water-polo and sumo trainings and exchanged with the students.

We are very excited to see the French teams’ results after their training in the Kanazawa Pool!