Training at Kanazawa Pool has started!! 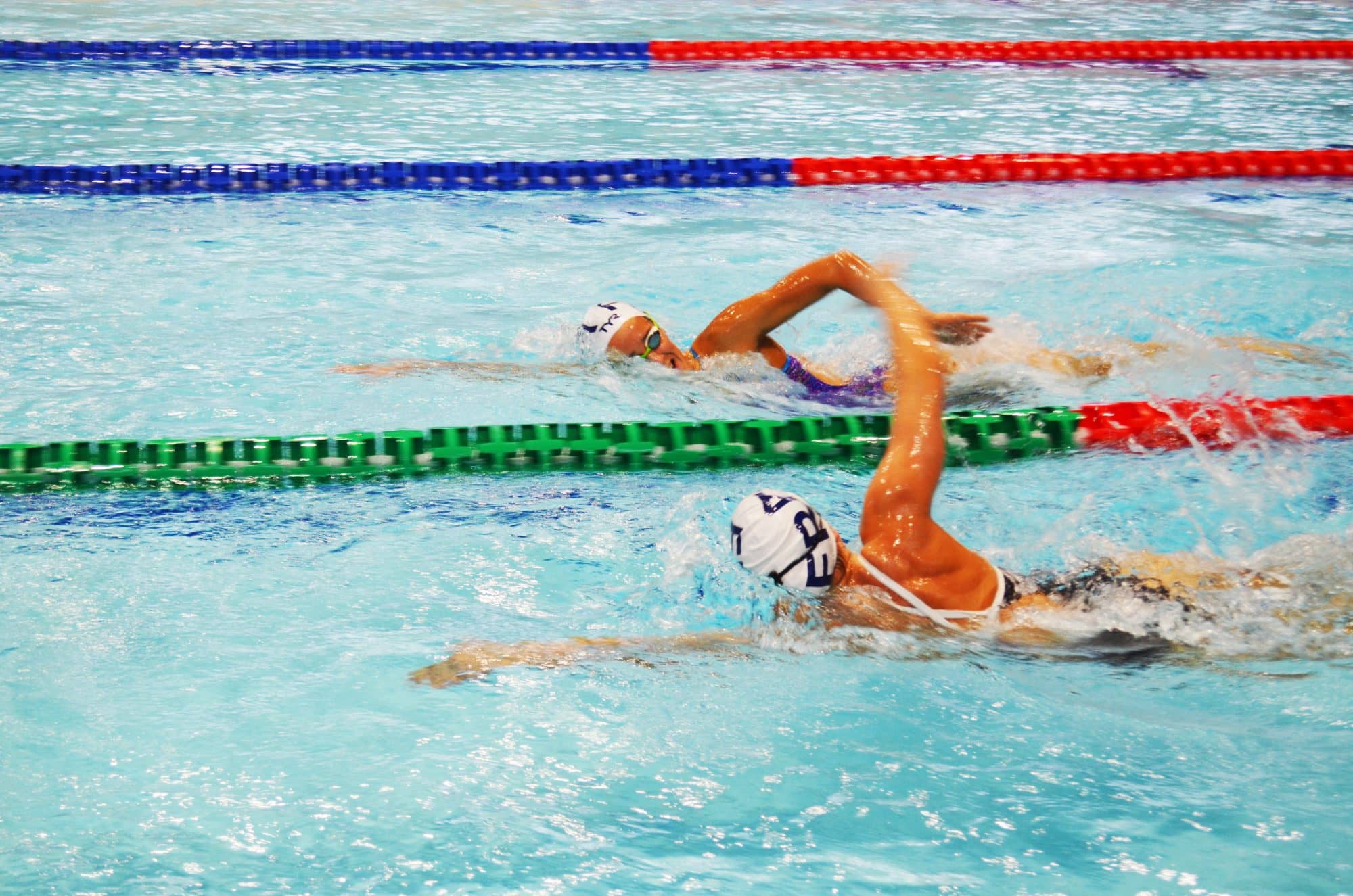 On the evening of October, 22 2017, 6 French athletes and 3 of their coaches came to Kanazawa for an eleven days training camp.

The athletes are open water swimmers, which means they do not swim in an indoor pool but in rivers, lakes or the sea for long distances. While being young athletes between 17 and 23, some have taken a title during the last World Aquatics Championships held in July, and all of them are world-class athletes.

They have already started training in the Kanazawa Pool early this morning. They just came from a competition in Hong Kong on the 21st, but without a sign of fatigue, they showed us powerful moves. From what their training menu shows, they will be swimming over 100 km during the week. We look forward to their performance in the Tokyo Olympics after training in Kanazawa Pool! 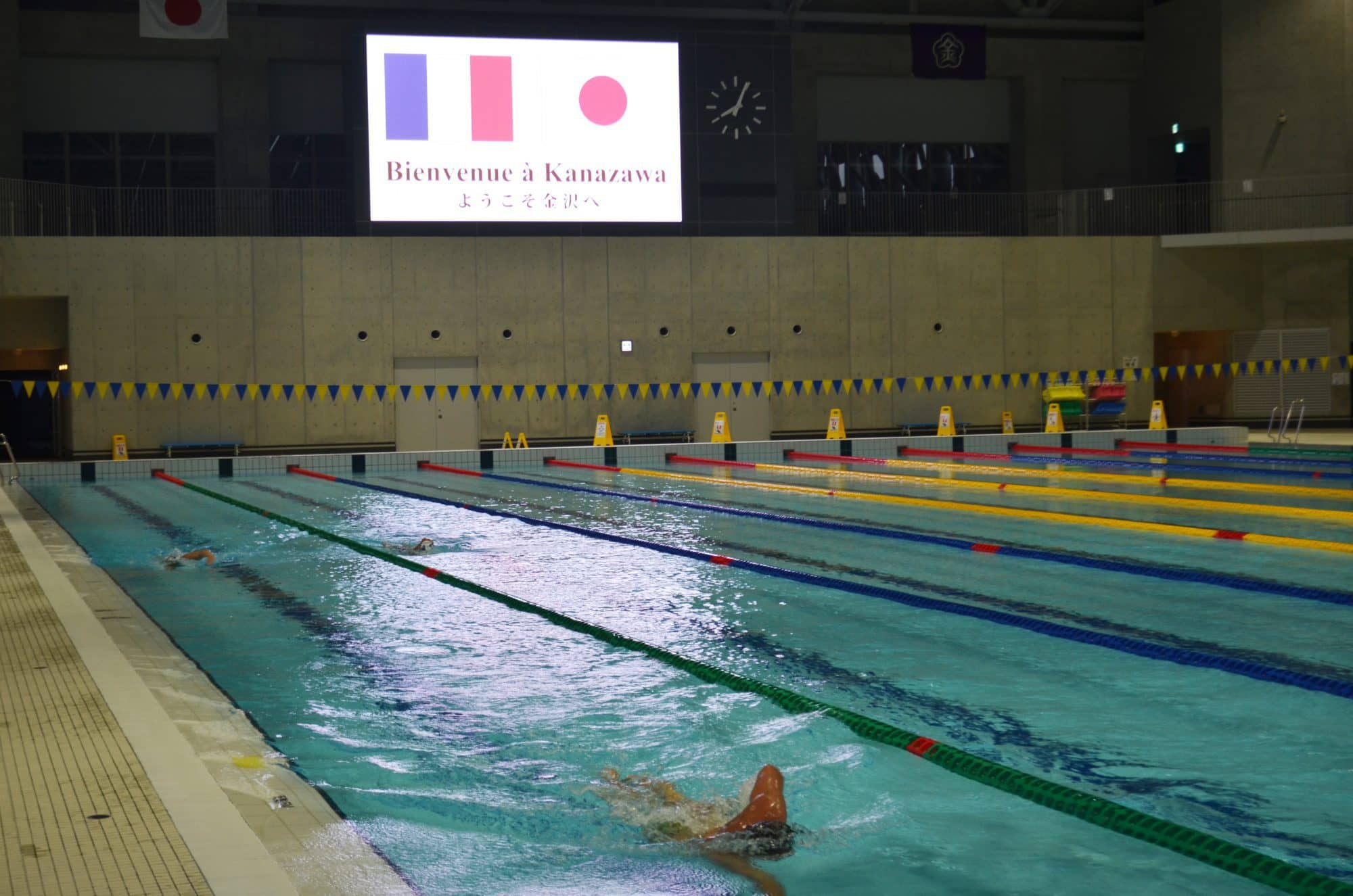 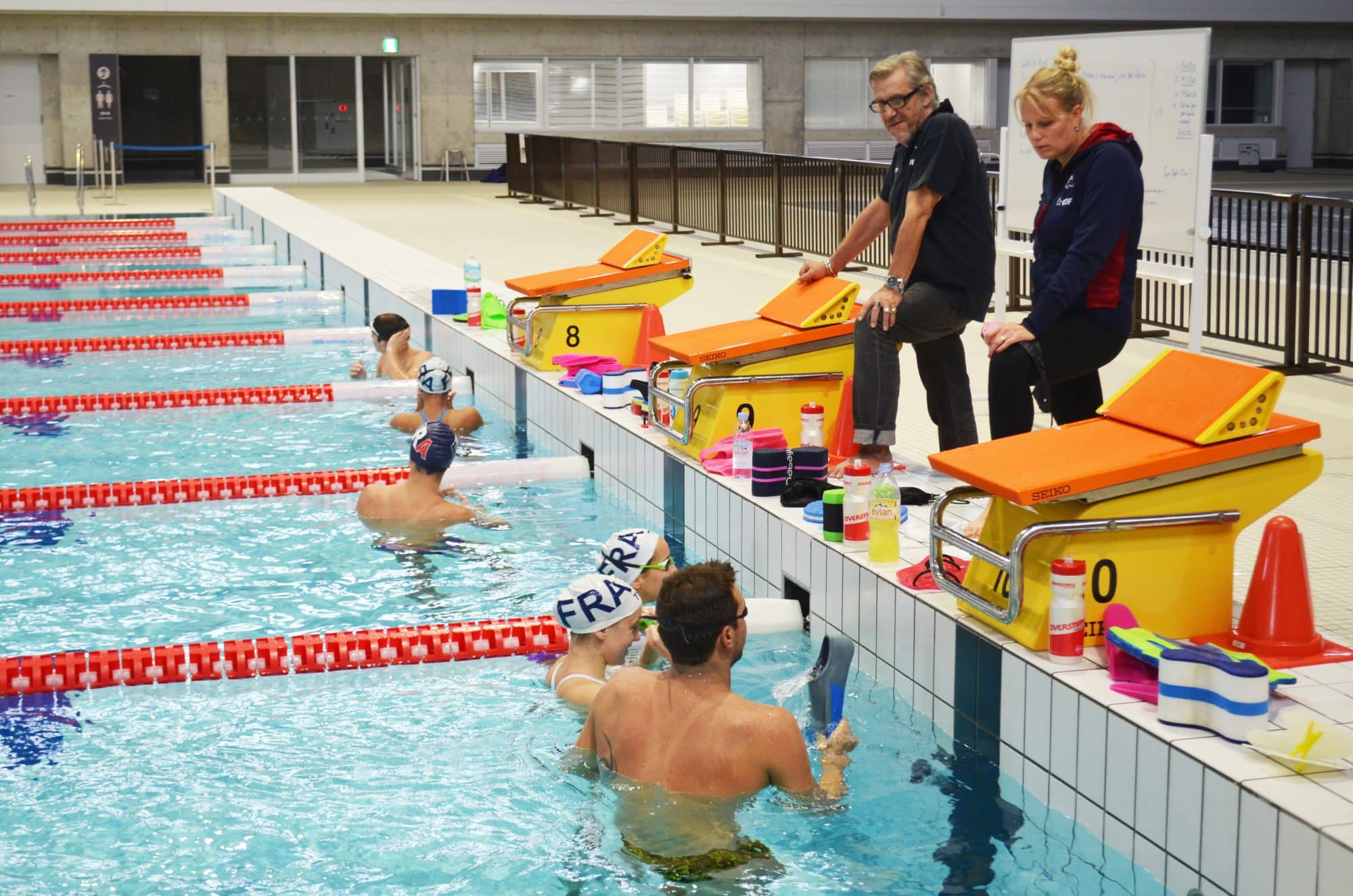